Home Macedonia Peach after the meetings in Skopje: The reforms for the rule of... 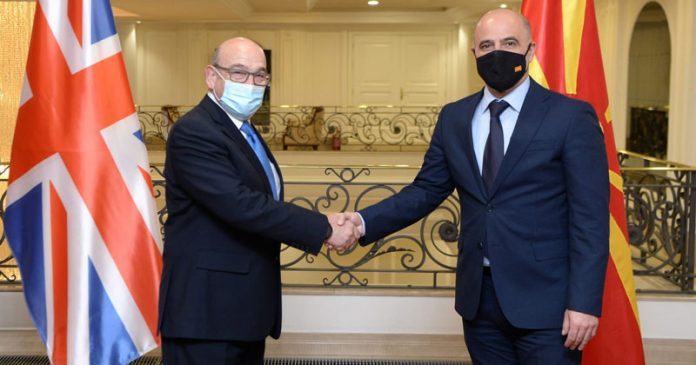 The United Kingdom believes that it is crucial for N. Macedonia to remain committed to implementing its reform agenda, especially in the areas of rule of law, good governance, human rights and minority protection, said Sir Stuart Peach, the United Kingdom’s Special Envoy for the Western Balkans, who arrived on a two-day visit to North Macedonia.

Peach said these reforms are necessary for progress towards EU accession.

“The Western Balkans are crucial to the United Kingdom’s vision of building a European security and economic network. We continue to work with our partners in North Macedonia and the region to strengthen stability, democracy, the rule of law and the fight against crime and corruption. The United Kingdom strongly supports the Euro-Atlantic integration of the Western Balkan countries, including North Macedonia. We believe it is crucial that North Macedonia remains committed to implementing its reform agenda, especially in the areas of rule of law, good governance, human rights and protection of minorities,” Peach said.

The Special Envoy said that in meetings with regional leaders, UK ministers encouraged the resolution of issues between North Macedonia and Bulgaria.