Home Macedonia Only if Delchev is celebrated as a great Macedonian, I have nothing... 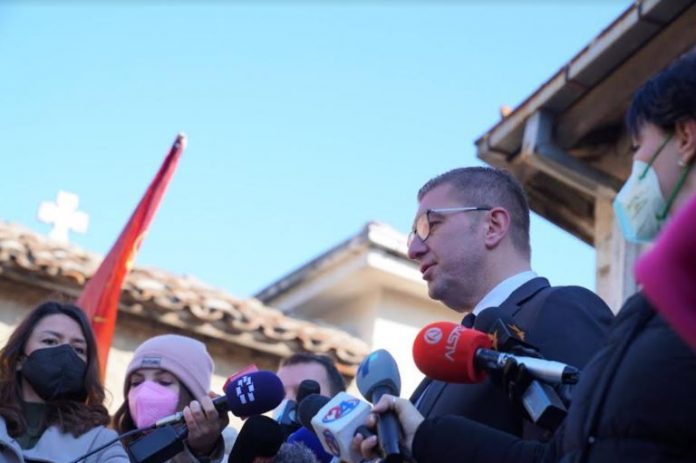 Mickoski stressed this on the occasion of the celebration of the 150th anniversary of the birth of GoceDelchev, when asked by journalists for comment, giving a statement to the media, after laying fresh flowers on his grave in the church of St. Spas in Skopje.