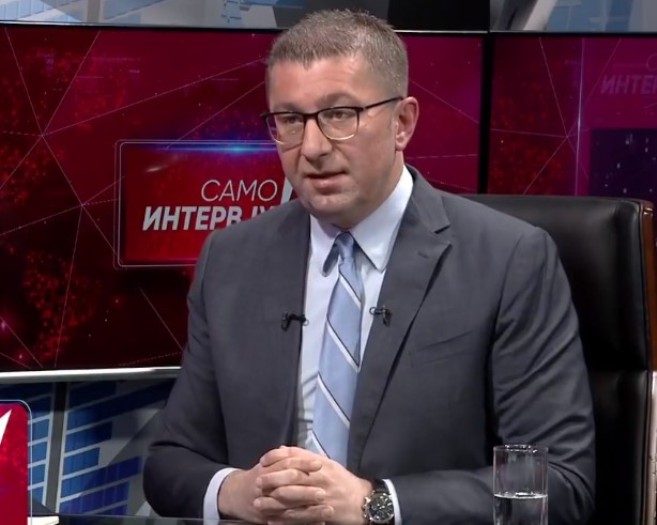 I appreciate that an hour soon, if they are responsible and if they think well of the citizens and Macedonia that we should sit at a leadership meeting, agree on the rules of the game and go to early parliamentary elections, VMRO-DPMNE leader HristijanMickoski told Kanal 5 TV.

“We called for a general front, social support, mobilization of citizens, there is an internal catharsis in VMRO-DPMNE after the local elections, I would say certain staff changes, first in the Executive Committee, now in other party bodies there will be in the Municipal committees, and we appreciate that it is good and healthy despite the fact that we had historical results in both the first and the second round, it is good where there should be refreshment to have refreshment, where there are poor results to change things, therefore we need to continuously improve,” Mickoski said/