Home Macedonia Mizrahi: No one says Bulgaria is a fascist state now, but it... 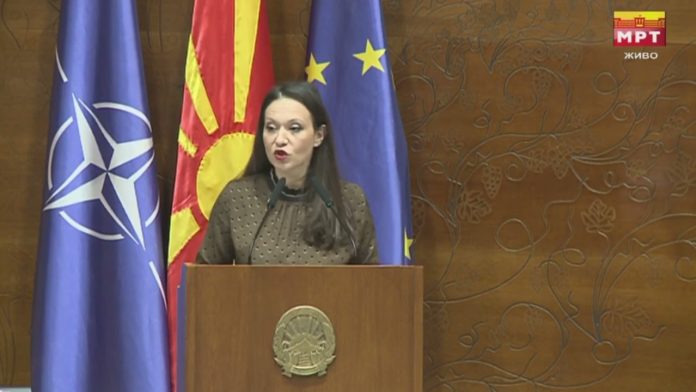 It is inadmissible to change the historical facts, especially when they go back to the period from the Second World War, from that war as humanity we learned lessons that must not be forgotten, says the MP from the ranks of VMRO-DPMNE Rashela Mizrahi in an interview with Alfa TV regarding the request of Bulgaria to delete the word fascist from the Macedonian textbooks and monuments, but also after the statements of certain persons involved in the negotiations with Bulgaria.

Mizrahi stressed that no one is saying it’s affecting present-day Bulgaria, but their policies cannot change the past.

“During the Second World War, 98% of the Jewish population from Macedonia was exterminated, deported through Bulgaria to Treblinka and there they end their lives and the Bulgarian authorities are participants in it and there is no escape from these historical facts. When someone says that Bulgaria was not a fascist state, Bulgaria was a monarcho-fascist state and even worse, Bulgaria was a Nazi state, and the proof lies in the vote on the Law on Pure Nation, passed by the Bulgarian Parliament in January 1941,” Mizrahi said.

The opposition MP stressed that Bulgaria had made a pact with Hitler and that there was no escaping it, as historical documents prove.