Home Macedonia SDSM and DUI MPs leave session – no quorum for the Goce... 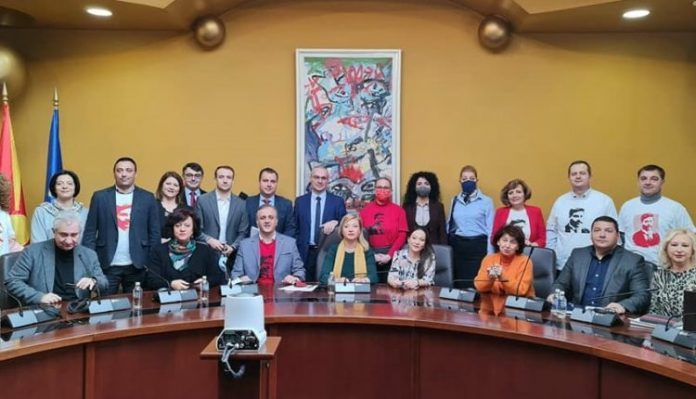 The VMRO-DPMNE MPs came to the Parliament on Wednesday wearing T-shirts with the image of Macedonian revolutionary Goce Delchev at the session of the Foreign Policy Committee at which they proposed to vote for the Declaration they submitted.

But, as the MP from the ranks of VMRO-DPMNE Antonio Miloshoski wrote on social media, the MPs from SDSM and DUI left, due to which there was no quorum and the Declaration could not be voted.

“Our colleagues from SDSM/DUI fled, in order to avoid having the necessary quorum at the Committee as soon as we proposed the declaration on the agenda. We will wait, there is still time until Ilinden,” said head of the Committee Antonio Miloshoski in a Facebook post.