Home Macedonia Kovachevski meets with Mitsotakis: We are interested in joint energy investments 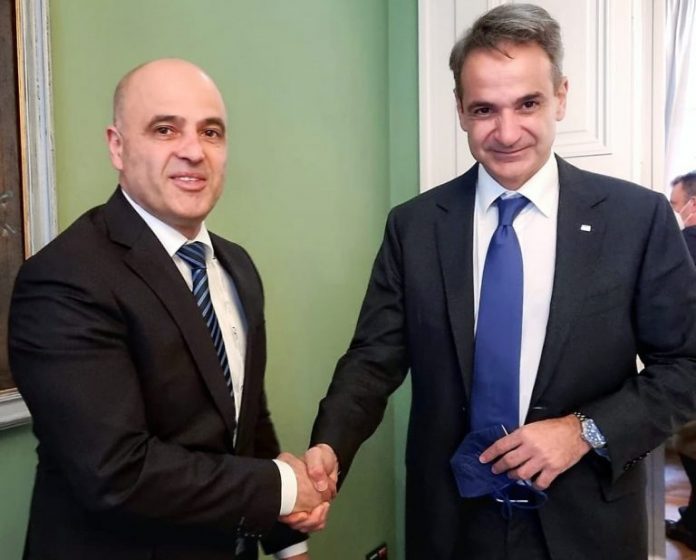 Macedonian Prime Minister Dimitar Kovachevski thanked his Greek counterpart Kyriakos Mitsotakis for Greece’s strong support for the adoption of the negotiating framework and the start of Macedonia’s negotiations with the EU. That support, says the Government, was reaffirmed at the meeting on Friday.

“Both prime ministers recognize the common interest in advancing the mutual relations in the joint strategic and capital energy investments such as the participation of North Macedonia in the liquefied gas terminal in Alexandropoulos and the construction of the natural gas interconnector with Greece. Both sides expressed satisfaction with the continuous strengthening of the political dialogue in the past few years, followed by visits and high-level meetings that contributed to further intensification of the dynamics and building trust between the two countries and growth of economic cooperation,” the government informs.