Home Macedonia VMRO-DPMNE will not allow partisanship in education, quality education is necessary 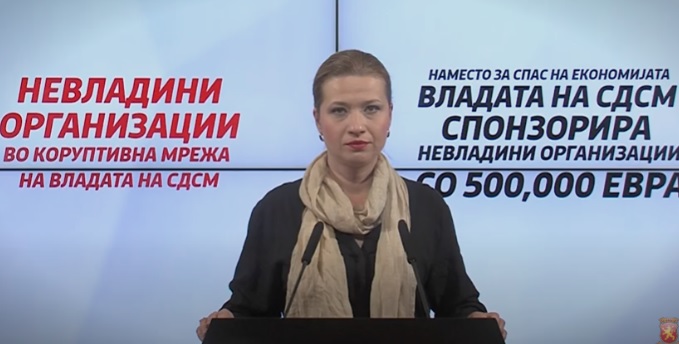 Four days of tensions in the Parliament and manipulations in the public by SDSM and DUI in order to push a harmful law to deepen partisanship in the educational process, said MP Ivanka Vasilevska at Sunday’s press conference.

“SDSM, as always in a sneaky way, wants to put a law on the agenda of the Committee on Education, Science and Sports, which aims at full partisanship of education. The theses of the MPs from the ruling majority who are trying in vain to defend this harmful law are false. With this law, the salaries of educators will not increase! As I mentioned before, this law aims only at partisanship in education. With this law, SDSM and DUI envisage abolition of one of the mechanisms for quality control in education, i.e. to employ teachers and professors for an indefinite period of time without internships. Thus, the transformation of the employment relationship should be decided between several people, by party key, between the mayor, the school principal appointed by the mayor, a school commission, as well as a commission for transformation. Complete partisanship in the educational process,” says Vasilevska.