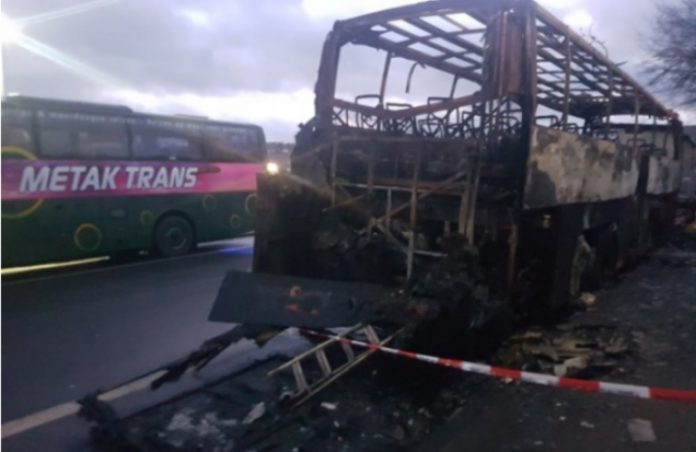 On Friday night in the German city of Bielefeld, the bus of the Macedonian carrier “Metak Trans” completely burned down. The company owner Stanko Conev suspects that the fire was set by the unfair competition of illegal van taxi drivers from Macedonia.

“Since December 18, we have started operating twice a week from Strumica to Bielefeld as the only regular bus line from the southeastern part of Macedonia to Germany. I doubt that this is revenge for the illegal competition from Macedonia, related to corrupt police officers and customs officers who protect it,” Conev told expres.mk.