Home Macedonia Macedonian delegations disappear when it is time to talk about the Macedonian... 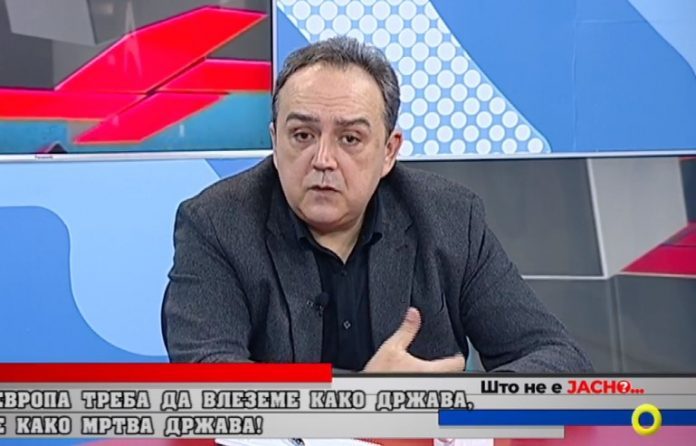 If someone accepts something contrary to the interests of the Macedonians in Bulgaria, they will only commit treason, but will not force them to give up, says attorney Toni Menkinoski in on Alfa TV, adding that Macedonian politicians must defend the interests of Macedonians in neighborhood and that Bulgaria must comply with the rulings of the European Court of Human Rights, and that there must be reciprocity.

The lawyer said that in Bulgaria there are many Macedonians who are organized in certain forms, political parties that conduct trials in the European Court of Human Rights, cultural societies and that one cannot talk about the Macedonian people and leave out the Macedonians in Bulgaria, that is a whole which must have harmony.

“According to international standards, it is not forbidden to help Macedonians in neighboring countries. I have been to many forums where the Macedonian delegations disappear when it is time to talk about the Macedonian issue, they get lost in the hallways. Macedonian citizens should know. Macedonians in the neighborhood managed to come to a great victory. The judgments in the European Court of Human Rights are about the right of association, the Macedonians with Macedonian self-awareness united and formed cultural and artistic societies and a party. Sofia bans them and that ban is not from today. In the verdicts themselves, the court says Macedonians, recognizes them as such and makes a clear distinction between Macedonians and Bulgarians,” Menkinoski said.