Home Macedonia Council of Ambassadors: There is not enough substantial staff in the Ministry... 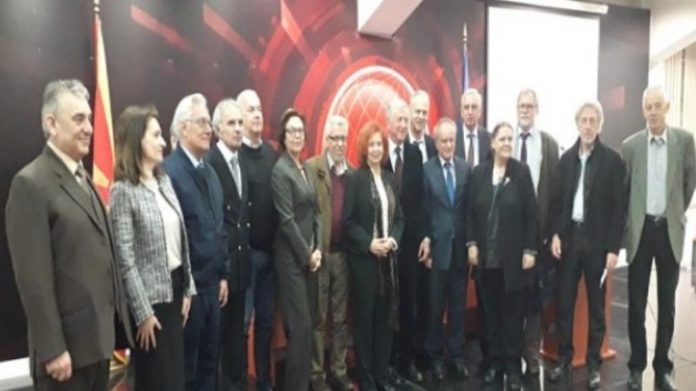 There is not enough substantial staff in the Ministry of Foreign Affairs to be senior diplomats, so the state should use the opportunity to elect people outside the Ministry of Foreign Affairs, while departing to elect diplomats, former Macedonian diplomats from the Council of Ambassadors demand. In their statement, they also commented on the dispute with Bulgaria, saying that in the future the Foreign Ministry must transparently announce to the people what is being negotiated, especially when it comes to issues such as identity, language, ethnicity, culture.

“From the moment of independence until today, Macedonia has been in a state of various blockades, blackmail, ultimatums and other obstacles to the country’s membership in the United Nations, recognition by the European Union and NATO membership. And the worst, and unprecedented blockade in the history of the EU, is set before the start of negotiations between the country and the most democratic Union of States.

The Council of Ambassadors believes that in addition to the external factor, some of the mentioned conditions are responsible for all political parties in Macedonia, and the largest are most responsible. It is high time the President, the parties represented in the Parliament, the Government and the Ministry of Foreign Affairs, in cooperation with scientific, professional and economic institutions and organizations, former presidents and prominent individuals from the country.

The Council of Ambassadors considers that the Ministry of Foreign Affairs does not have a sufficient number of proven staff of high diplomatic rank and believes that the appointment of future ambassadors should use the opportunity to select persons who are outside the Ministry of Foreign Affairs, Parliament or Government, i.e. the President’s office, reads the statement.