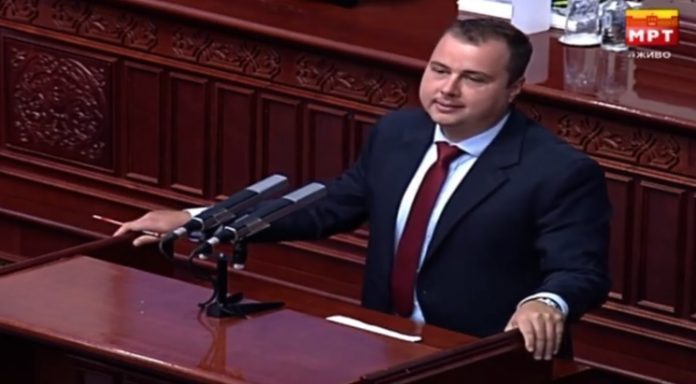 Today, Macedonia is among the countries that worst deal with economic challenges in both the region and Europe. The average annual GDP growth for the period 2017-2020 in Macedonia is not even 0.5% per year, said MP from the ranks of VMRO-DPMNE LjupchoPrendzov on Tuesday.

“What is particularly worrying is the decline in industrial production in the past period. In September the decline is 8%, in October 6.5%, and in December almost 5%. The trends in the automotive industry worldwide that affect the capacities that we have in the Technological Industrial Development Zones do not help us either. Their share in the domestic industry is 12%, and as a sector they have a decline of 9% for 2021. Macedonian citizens are indebted like never before. The public debt has exceeded the threshold of 60% and who knows when we will return below this level with this Government. The budget deficit for a month and a half is 10 billion denars or 160 million euros. A few days ago, the data came out that inflation only for the past January is 6.7%, in conditions when some of the products have frozen prices,” said Prendzov.

Out of a total of 800 thousand employees, 600 thousand citizens are employed in the private sector, but Prendzov estimated that the government left the business sector alone to deal with the energy crisis.