Home Macedonia Director from SDSM announced a tender for a small hydropower plant in... 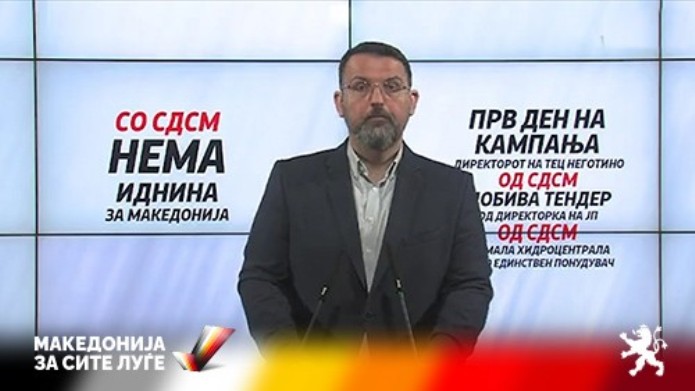 Today I will open a scandal, an affair, about how the positions of prominent officials from SDSM from Negotino are abused, in order to illegally gain property benefits! This is contrary to the Electoral Code and abuses in the area of ​​public procurement, said VMRO-DPMNE spokesperson Naum Stoilkovski.

“The director of TEC Negotino and a senior official in SDSM, Nebojsa Stojanovikj from Negotino, through his family company HEM Alliance owned by his father, and his wife is the manager, in a non-transparent public procurement procedure, with a series of omissions and inconsistencies, won a tender for construction of a small hydro power plant on the water supply system Lukar, through a public-private partnership with JP Komunalec Negotino. The tender of JP Komunalec, whose director is Marina Bojadzieva, was announced on the first day of the election campaign for the local elections 2021, ie on September 27, 2021, which is contrary to the Electoral Code which explicitly states that during the campaign It is forbidden to announce tenders by public institutions. Nebojsa Stojanovikj, using the moment when all the public attention is focused on the elections, from the position of director of TEC Negotino and a senior SDSM official, probably relied on his party and political influence to announce a tender in his favor. And that tender is the only bidder!,” said Stoilkovski.