Home Economic Kadievska-Vojnovikj: Rebalance is urgently needed and the government should accept the measures... 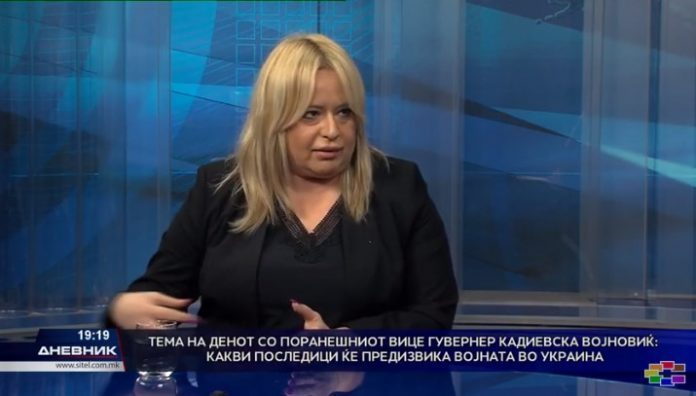 The country must adapt to the new situation, we have already entered stagflation, it is a state of stagnation of the economy and inflation. The government should have foreseen the increase of prices, as before, the commodity reserves should have been replenished and put into use in order to prevent price shocks, said Maja Kadievska-Vojnovikj, a member of the VMRO-DPMNE EC.

She explained that even before the new situation with Ukraine, we had high prices, food growth on world markets, for example, wheat from April 2020 to December 2021, the price increased by 80% and therefore so far the government had to work on commodity reserves.

“I was among the first to alert about the commodity reserves because I saw the strategy of the Commodity Reserves Agency which clearly states that for 2022 certain quantities of wheat, barley, oil should be procured, I looked at public procurement and there are no public procurements, and leaders say there is,” said Kadievskia-Vojnovikj.

Kadievska-Vojnovikj stressed that the country urgently needs a rebalance because in two months we have a budget deficit of 120 million, which is 30% of what we have planned this year and added that the government should accept the measures proposed by VMRO-DPMNE.