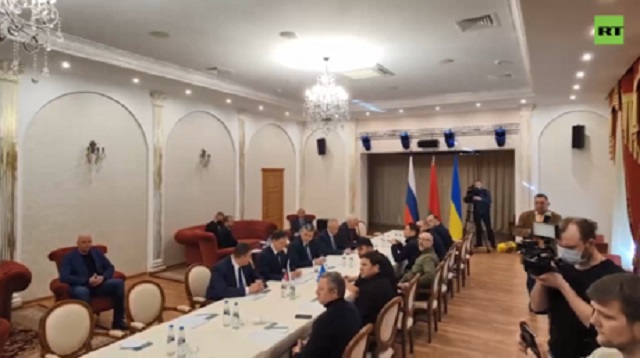 Negotiations between the Russian and Ukrainian delegations have begun in Belarus.

The meeting of the two delegations is taking place near the Pripyat River on the Ukrainian-Belarusian border.

It is stressed that the key topic of the negotiations will be an immediate ceasefire and the withdrawal of Russian troops from the territory of Ukraine.ж