Home Macedonia SDSM and DUI have been blocking the Parliament for seven months, accuses... 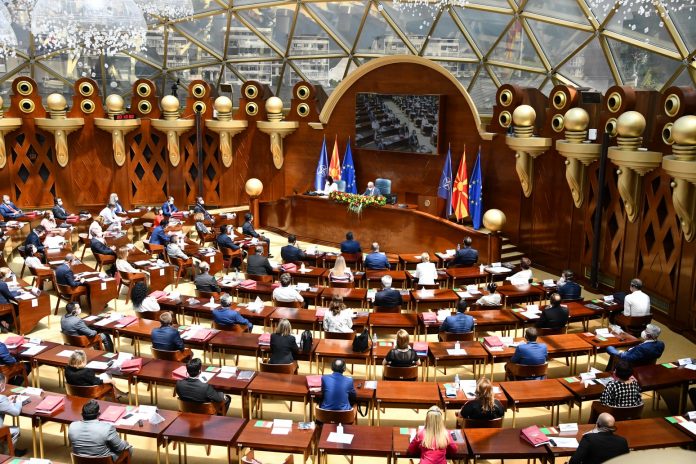 VMRO-DPMNE accused the ruling parties SDSM and DUI that they are continuously blocking the Assembly and devaluing it.

“They have turned the legislature into a party tool for their interests. SDSM and DUI violate rules of procedure and constitutional norms when it occurs to them, and then with manipulative statements they accuse others,” said the opposition party VMRO-DPMNE.

The party statement states that in the past, the Parliament is under the control of the Government.

“There have been no parliamentary questions for seven months, which means that SDSM and DUI have suspended the key parliamentary tool for controlling the Government. Additionally, SDSM and DUI block the adoption of a Declaration for GoceDelchev on the year we mark 150 years since his birth. SDSM and DUI are also trying to smuggle through an amendment to the law on teachers, which allows partisanship of education through the employment of teachers for an indefinite period of time, without internships. Not to mention the huge number of abuses of the European flag for laws that have nothing to do with European regulations,” the party added.