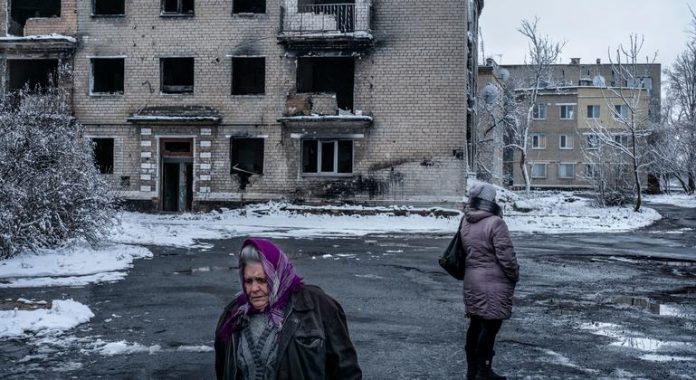 The Association of Ukrainians in the country “Lesya Ukrainka” organized a protest march against “war and borderless cruelty on the part of Russia towards Ukraine” on Sunday.

They came out on Macedonia Square with banners demanding the introduction of a no-fly zone.

“This is an inhumane, monstrous insidious attack by Russia. Russia unfortunately destroys Ukrainian towns and villages, kills civilians. In addition to Russian aggression aimed at destroying the Ukrainian population and infrastructure, a new threat has emerged to the whole of Europe and beyond. The Russian invasion has also put global nuclear security at risk. We are publicly addressing the Government of the Republic of North Macedonia with an appeal for an urgent need to close the airspace over Ukraine, which could stop the escalation,” said the President of the Association of Ukrainians “Lesya Ukrainka” Oleksandr Urbanovich.