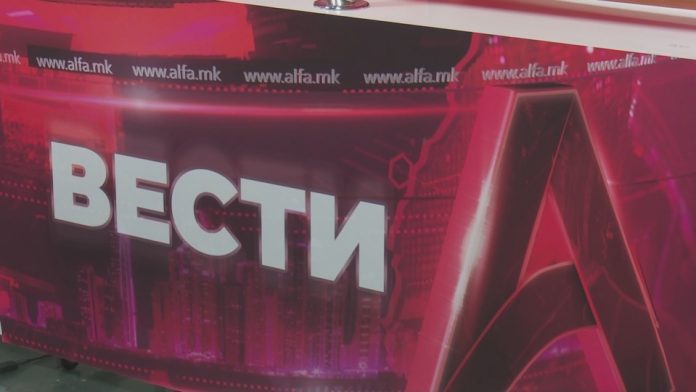 Alfa TV remains a thorn in the side of SDSM. While they were in opposition, they threatened, and as a government they exert unprecedented pressure. All institutions are in an attempt to find “a hair in the egg” and to harm the only critical television that remained on the Macedonian air, Alfa TV reported.

Attacks on Alfa TV from several sides – PRO, prosecutors, inspections. What was hinted at by the opposition is now being implemented as a government. Former Prime Minister and party leader, ZoranZaev, more than six years ago, some of the media declared them political enemies.

“At the moment, the position of SDSM and my personal position is that the biggest political enemy for us as the opposition are the media such as TV Sitel, Kanal 5 TV, Alfa TV, Dnevnik and MRT,” said the then-SDSM leader ZoranZaevon December 1, 2015.

The example of the former party leader was followed by almost all officials – by labeling television and journalists.

“I am talking to you, I would like to talk to the owner of your television but I do not know who he is,” said former Minister of Defense RadmilaSekerinska on July 10, 2020.

The last in the series is the one from the Public Revenue Office, which has prepared a decision for collection of an alleged debt of about 200 thousand euros, in which huge interest rates have been calculated, and for which there is still a court case that has not been resolved.

Television is visited almost every day by various inspectors, investigators, prosecutors. Despite all the checks and combs through on the documentation for years, so far they have failed to find anything wrong or illegal.