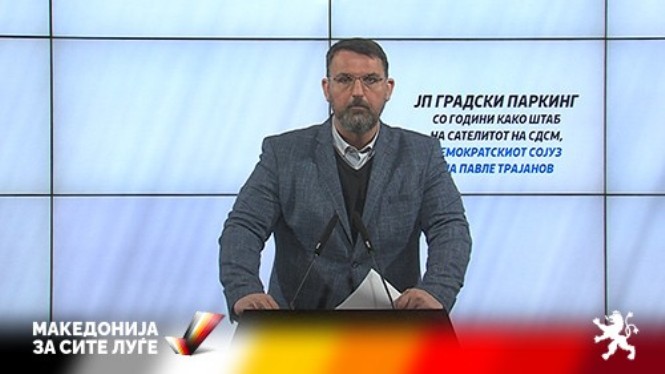 The public companies “City Parking” have been left for years as the headquarters of SDSM’s loyal partner, PavleTrajanov’s Democratic Union (DS), according to the data from “whistleblowers”, said VMRO-DPMNE spokesperson NaumStoilkovski.

The VMRO-DPMNE spokesman specified several names in family ties with the family of DS leader PavleTrajanov, which allowed hundreds of illegal political officials and privileged persons not to pay for parking services.