Home Macedonia Mickoski: The increase in fuel prices is a severe blow to the... 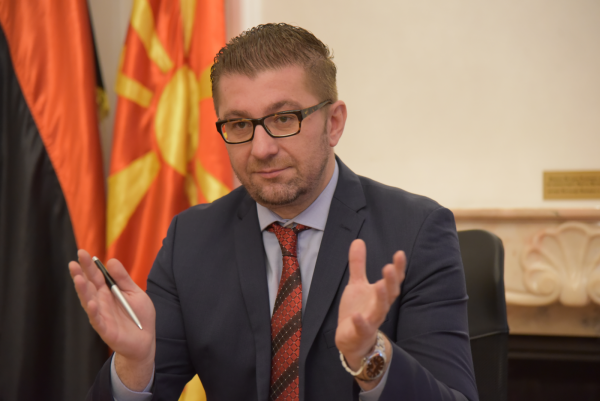 The Government publicly said that they knew about the aggression against Ukraine 4 months ago, which means that a responsible government would prepare for a price and economic shock, says the leader of VMRO-DPMNE Hristijan Mickoski.

“But they failed to deal with what is most important to the citizens, their standard.

What is happening in Macedonia today is not a reflection of the war in Ukraine, but a consequence of an incompetent government.

The increase in the price of gasoline is a severe social blow to the citizens in every respect, to the employees, the unemployed, the farmers, the industry, the economy.

This is not the time for excuses. The government should immediately give up half of the excise tax it receives from fuels and accept the proposal of VMRO-DPMNE, which is stuck in the parliamentary labyrinths to reduce the excise tax by 50 percent. 43% of the price of gasoline is duties to the state for each liter of fuel.

The government must reduce VAT on food. Instead of a 5 percent tax rate for food, it should be zero percent and we are asking for the heating to be reduced to zero,” Mickoski wrote on Facebook and added:

“Electricity VAT to remain at the same level of 5% by the end of the year. And very importantly, wage growth in the public sector by aligning the labor force weight ratio with what has already been agreed in collective agreements. There is money in the budget, they must stop stealing, the unproductive spending must be stopped, the purchases for golden plates,  the public spending must be put under control,” said Mickoski.