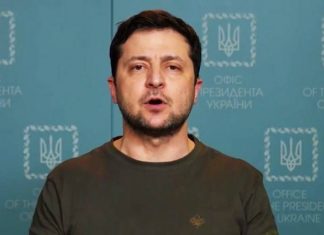 We can talk about issues related to the temporarily occupied territories and the unrecognized republics that no one but Russia has recognized, these pseudo-republics, we can find a compromise for the future fate of these territories.

For me, the most important thing is how people will live in these territories who want to be part of Ukraine. Who in Ukraine wants to accept them?” Ukrainian President Volodymyr Zelenskyy told ABC TV.

The Ukrainian President also said that he has lost interest in NATO after realizing that the intergovernmental military alliance is not ready to accept Ukraine. Furthermore, President Zelenskyy accused NATO of being ‘scared’ of confrontation with Russia.