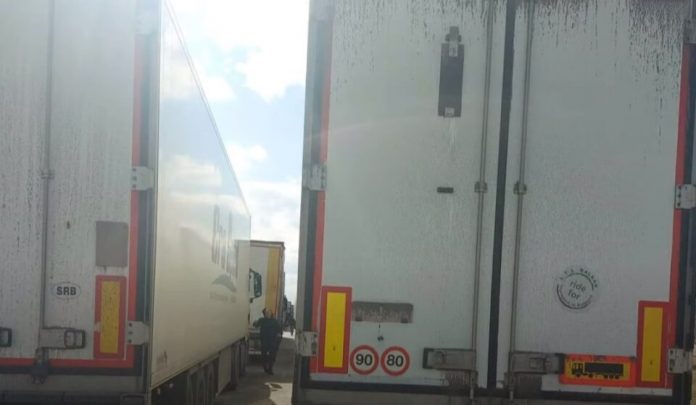 The trucks and the transported goods of the Macedonian transporters that were seized by the Ukrainian authorities at the “Jagodine” border crossing between Ukraine and Poland were returned, informs the Ministry of Foreign Affairs.

After numerous activities undertaken by the Ministry of Foreign Affairs and our embassies in Poland and Ukraine, as well as thanks to the cooperation of the Ukrainian authorities, the trucks and the transported goods were returned to the truck transporters at the border crossing between Ukraine and Poland – “Jagodine”, which were previously seized by the Ukrainian local authorities. With this step, thanks to the undertaken diplomatic activities, the problem of our carriers was solved and great material damages for their companies were avoided, reads the statement from the Ministry of Foreign Affairs.