Home Macedonia Kovacevski begs for wheat in Serbia for traders to export to Greece,... 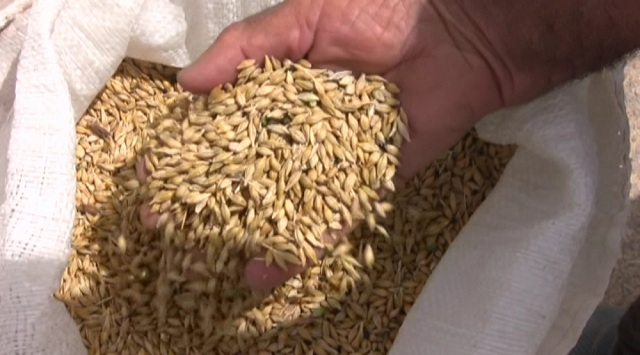 Kreshnik Bekteshi admitted yesterday that he and Kovachevski lied when they said that there was wheat in the commodity reserves. Bekteshi said that 45,000 tons of wheat that the government has been talking about for a long time is wheat in the possession of private mills and traders, and not part of the commodity reserves, said Cvetan Tripunovski, chair of the VMRO-DPMNE Committee on Agriculture, Forestry and Water Economy at Monday’s press conference.

“And instead of working on filling the commodity reserves with wheat, the government will go to Serbia to beg for wheat on behalf of the Republic of Macedonia, not for the state and not for the people, but at the expense of certain traders, who the wheat that Kovachevski and Bekteshi they will get it on behalf of the people, they will re-export it to third countries and they will make huge profits. Kovacevski and Bekteshi will take 50,000 tonnes of wheat from Serbia, for several traders to export it to Greece, Bulgaria, Albania or Kosovo. The question now is who are the traders who will be able to take wheat from Serbia on preferential terms, to put a margin on it and export it to Greece, Bulgaria, Albania or Kosovo? How are those traders who will be able to buy wheat selected and should people close to the top of the government make millions from one export,” Tripunovski pointed out.