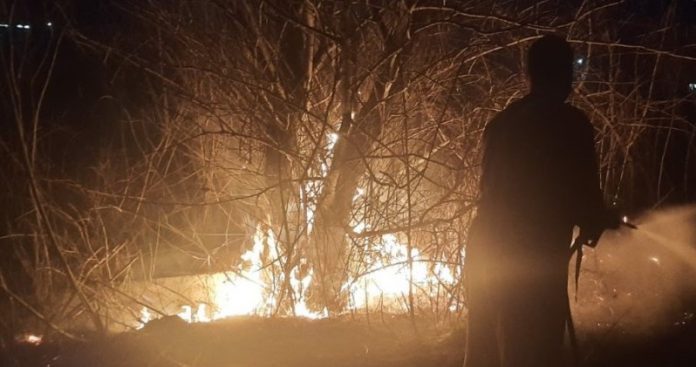 Six open fires broke out in the Strumica region in three days and burned an area of ​​ten hectares with dry grass, bushes and trees and an abandoned building.

Strumica firefighters yesterday extinguished fires in three different locations, and the largest was in the area of ​​the village Koleshino where dry grass, bushes and trees were burning on an area of ​​about 3 hectares.

In the area of ​​the village of Edrenikovo, young pine seedlings and dry grass were burning, and in the village of Mokrino, firefighters were extinguishing dry grass and low-stemmed forest.

According to Commander of TPPE StrumicaAleksandarGudev, the reason for such a large number of open fires is the carelessness of citizens, but he is also concerned about landfill fires – both legal and illegal.