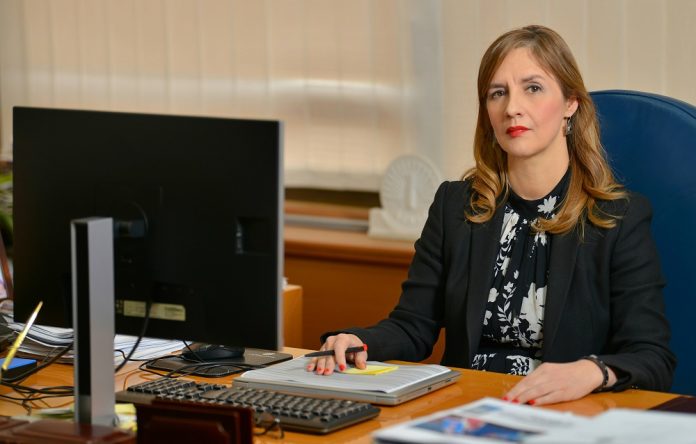 Macroeconomic stability in the country has been maintained despite recent developments in Ukraine, which are significantly changing the global economic context. The Denar is stable and will remain stable, which is guaranteed by the rich monetary instrumentation of the National Bank, and above all the high level of foreign reserves. This was emphasized at the meeting between the Governor of the National Bank, Anita Angelovska-Bezhoska with the representatives of the European Bank for Reconstruction and Development (EBRD), the representative for North Macedonia Andi Aranitasi, the EBRD regional chief economist Ana Kresic and the economic analyst Olja Belic.

The EBRD representatives welcomed the policies implemented by the National Bank and assessed them as appropriate to the current situation in order to maintain macroeconomic stability.

The meeting discussed the macroeconomic situation in the Macedonian economy after the health crisis and the measures taken to overcome the negative effects. It was pointed out that the National Bank provided adequate support to the economic activity through monetary measures, as well as prudent measures that provided solid credit support throughout the period, and at the same time enabled the maintenance of the stability of the banking system.