Home Macedonia VIDEO | Police cut off international transport of drugs worth about EUR... 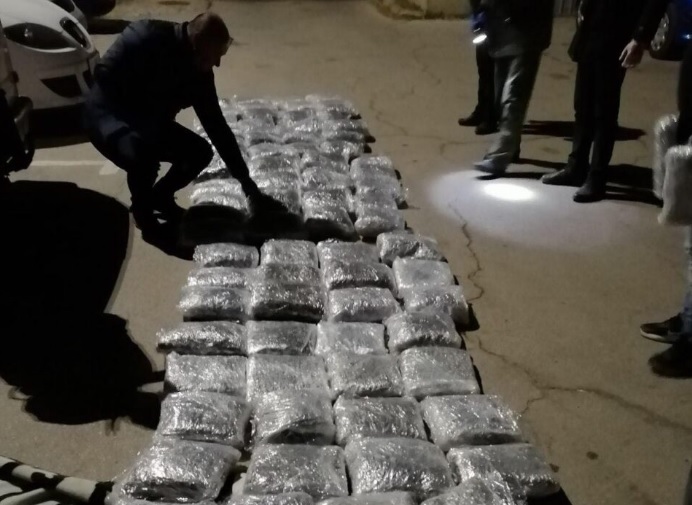 Police officers cut off an international transport of marijuana in the amount of about 150 kilograms, from Kosovo through the territory of Macedonia, with Turkey as the final destination.

On March 30, 2022 on the parking lot in front of a hospitality facility in Shtip was noticed a parked Audi A6 passenger vehicle with Kumanovo license plates, and next to the vehicle were reported I.D. (50), K.K. (39). ), both from Podujevo, R.Kosovo and BR (34) from Kumanovo. I.D. and K.K. they tried to escape, but were caught and all three were arrested, said Interior Ministry spokesperson SuzanaPranjikj-Talevska.

During the inspection of the passenger vehicle, a total of 92 polyethylene packages with marijuana were found, part packed in travel bags, part in the trunk of the vehicle, in the spare tire part and in the back seats of the vehicle, and several mobile phones were found in the detainees. , SIM cards from mobile operators from the Republic of Kosovo and the Republic of Macedonia and money, which were handed over for expertise.