Home Macedonia Instead of marching, SSM to take the streets en masse to protest... 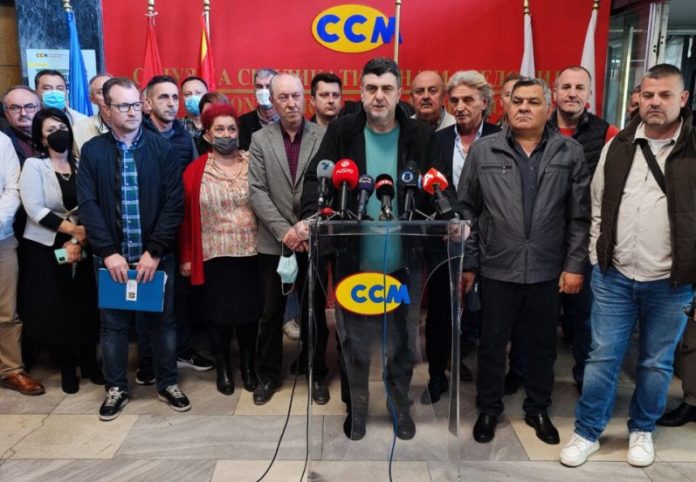 Instead of marching, the Federation of Trade Unions of Macedonia (SSM) decided to organize a mass protest on Labor Day – May 1, which will express revolt against the increase of other wages with the increase of the minimum wage, which from this month increases from 15,200 to 18,000 denars.

SSM President Darko Dimovski said at a press conference that they are open for dialogue, and the other side as a social partner should invite them, as he said, to solve the problem.

“And that is very simple – 2,806 denars net amount linear increase of all salaries from May 1, including from the general worker to the president. With this, SSM proves that it is consistent with its request. We call on all other confederations, unions, unions, dissatisfied workers, retirees, to join the May Day protest. On May 1, the fight will be on the street, not on the beaches and ski resorts in the mountains. We, the workers, should take this message seriously – to come out on May 1 and exercise our rights. Today was published the union minimum consumer basket which amounts to 36,786 denars, increased by 922 denars because in January it amounted to 35,811 denars. Does this say that it is necessary to increase all other salaries as soon as possible,” Dimovski said.