Home Macedonia Mickoski on the dispute with Bulgaria: Due to that “just this last... 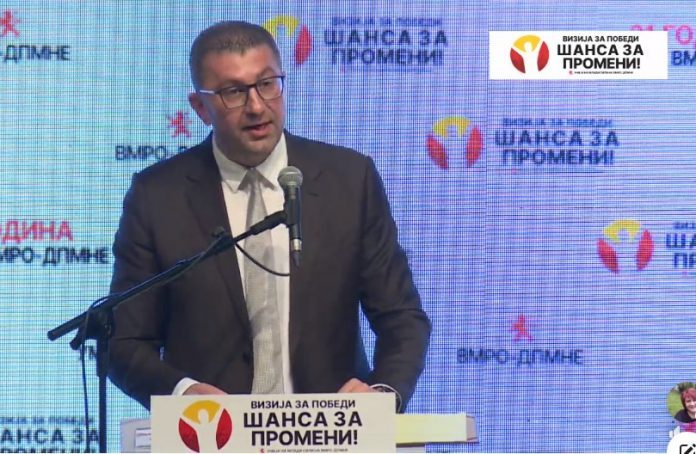 It is really unclear why Bulgaria is happy and the Government of Macedonia is silent. It is also unclear what was the reason for what both sides describe as a move in the talks, to finally tell us that they agreed on a joint celebration of Tsar Samuel. The same was announced by Zaev that he agreed on this two years ago, said VMRO-DPMNE leader Hristijan Mickoski in his address before the Union of Young Forces regarding the dispute with Bulgaria.

Mickoski says that ‘now the Government, playing the short-term memory card, wants to tell us that we should be happy again for selling something that they have already sold back in 2019.’