Home Economic The National Bank has the capacity and tools to maintain the stability... 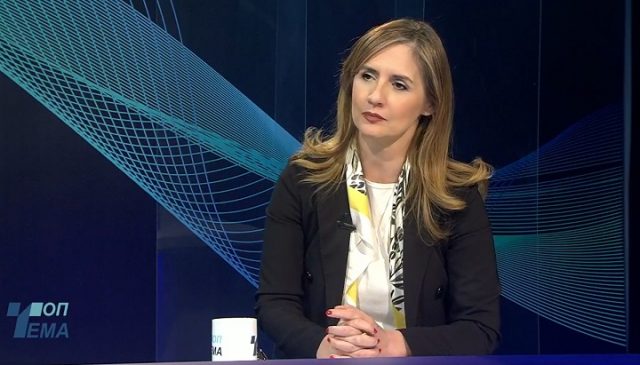 The Denar is stable and will continue to be stable, the citizens should not be afraid at all. The National Bank has the institutional capacity and appropriate monetary instrumentation to maintain stability. In fact, in the last report of the International Monetary Fund, from February, it is clearly stated that the stability of the Denarexchange rate is not questioned at all, said the Governor of the National Bank Anita Angelovska-Bezhoska in an interview with Telma’s “Top Tema” political show.

“For more than two decades, the National Bank has pursued a policy of maintaining a stable exchange rate of the Denar against the euro, including in times of crisis, which in itself shows that the central bank has the institutional capacity and adequate monetary instrumentation to maintain exchange rate stability. For such a strategy to be sustainable, the central bank must have a sufficient level of foreign exchange reserves.

The Governor pointed out that the course is often speculated about in crisis episodes, as well as that it does not benefit anyone, but causes general harm. Hence, the governor appeals to the social responsibility of each individual, because macroeconomic stability depends on the stability of the exchange rate, which is crucial for the prosperity of our economy.