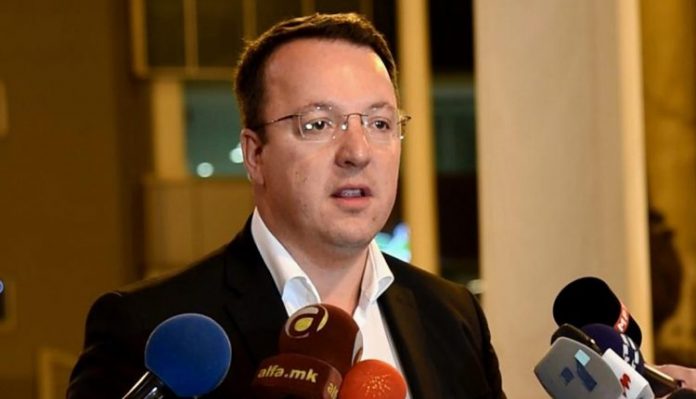 The situation in which at the moment is the education and in general the pre-school care activity, but also generally the primary, secondary and higher education is the worst in the history of the country. Unfortunately, the educational and training staff has never been on the lower limits of their own dignity with salaries that are below any human dignity and below the basic minimum for basic functioning, VMRO-DPMNE Vice President Aleksandar Nikoloski told Alfa TV’s “Shto ne e jasno” show on Tuesday.
Nikoloski believes that the salaries of educators and employees in kindergartens should be increased, emphasizing that the demands are realistic and should not be allowed to have a rich government and poor people.
“Their salaries should absolutely be increased, the demands they have are real and it is not something out of the real and the government should realize that, because we must not allow a rich government and poor people,” Nikoloski said.
Regarding the government’s pressure on teachers and employees of kindergartens, Nikoloski added that he was not surprised at all, emphasizing that the government should find a way and accept the demands of the teaching staff, otherwise they should leave.
“If you ask me, I think no one is surprised by the pressures. But today we saw that all the people from the educational process are united and I think that this strike will last until the demands are met. And I think the government should find a way to realize them, otherwise it should leave. But the government should leave anyway. This is just another proof that they don’t have a concept and that they do not know what they are doing, with the sectors they lead,” said Nikoloski.
Regarding the accusations made by SDSM that VMRO-DPMNE is allegedly behind the strike of the SONK, Nikoloski says that his party is a party of the people and they support everything that is the will of the people.
“VMRO-DPMNE is a party of the people and everything that the people feel, of course, we support, and we stand behind it if it is the will of the people. We support this protest led by the teaching staff,” said Nikoloski.