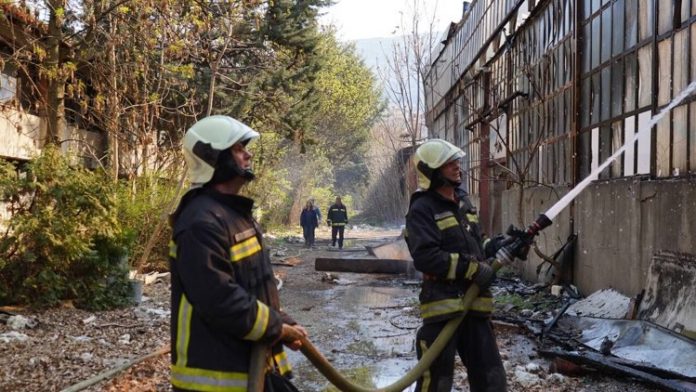 A large fire has engulfed the area of ​​the former “Treska” factory in Skopje.

Large black smoke rises over the central area of ​​Skopje. Teams of the Fire Brigade from Skopje were on the field.

So far, there are no reports of injured people in the fire that broke out this afternoon in the area of ​​the former “Treska” factory, the Ministry of Interior told MIA.

Police teams are on the ground, traffic is being redirected, and residents are being evacuated from nearby residential buildings. 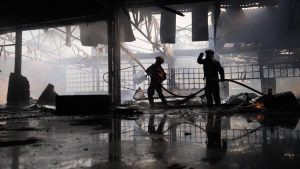 The CMC informed that a warehouse was burning in the area of ​​the former “Treska” factory. The fire also affected plastic materials, trees, shrubs and waste, causing thick black smoke in the center of Skopje.