Home Macedonia Government and SONK to continue dialogue this weekend 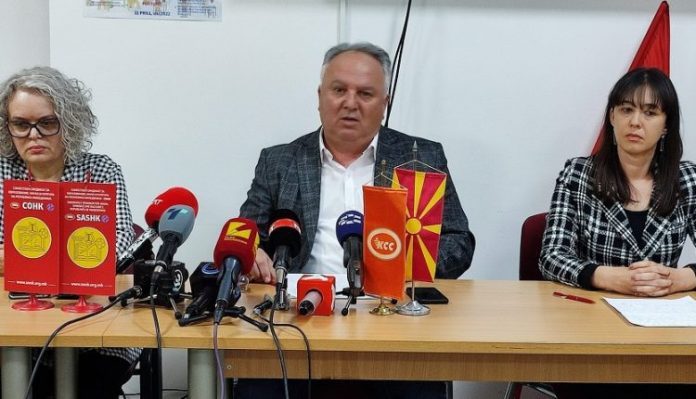 The Government and the SONK Presidency, accompanied by representatives of some of the regional boards of the union during the upcoming weekend remain in communication to find a mutually acceptable and dignified solution for a certain increase in salaries in education and preschool education and care.

At the Government meeting, represented by Prime Minister Dimitar Kovachevski, First Deputy Prime Minister and Minister of Political System and Inter-Community Relations Artan Grubi, Deputy Prime Minister in charge of Economic Affairs, Coordination of Economic Departments and Investments Fatmir Bytyqi, Minister of Fatmir Besimi, the Minister of Education and Science Jeton Shaqiri and the Minister of Labor and Social Policy Jovana Trenchevska, and the representatives of SONK agreed in the coming days to determine the percentage of salary increase that will be planned and potentially realized with the supplementary budget, after which the students from primary and secondary education would return to school on Monday, and the children from pre-school education and care in kindergartens, according to the Government.

At the meeting in the Government, it was additionally discussed to immediately start a comprehensive dialogue, with the active participation of the union, for a permanent solution to the continuous increase in wages.