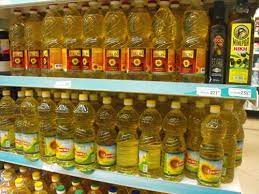 At Thursday’s session, the Serbian government decided to export two million liters of cooking oil. The decision was announced on Friday. With that, we enter into the implementation of the agreement – to start the “ramp” for basic products, wheat and corn, and to start the implementation of agreements, said Minister of Agriculture, Forestry and Water Economy Ljupcho Nikolovski.

As the minister said, answering media questions after the award of contracts for the supply of pedigree cattle, there is no food, flour and oil, there is no need to panic and store supplies in households.

“The process has started, about 2,000 tons have already been approved, we continue to communicate with Serbia and the region within the “Open Balkans”. There is enough food, flour and oil, the stocks are inspected. Citizens should not panic, but also the information should be transmitted clearly, transparently and truthfully. The fact that two or three times more oil is procured shows that households store it unnecessarily,” Nikolovski said, adding that every effort is being made to provide enough raw materials and products strategically for the country.