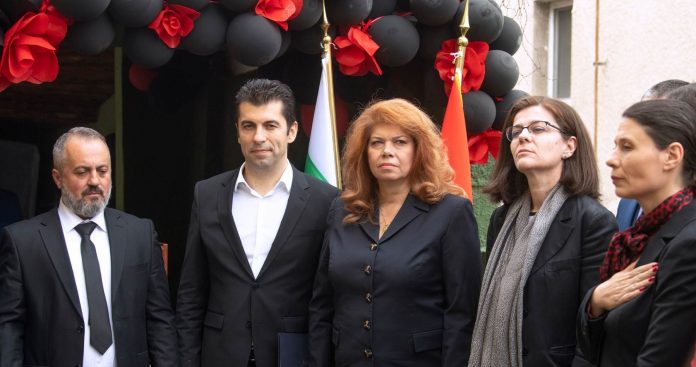 A large number of Bitola residents today protested against the opening of the Bulgarian club “Vancho Mihajlov VMRO”. With banners against the policies of the Bulgarian Government towards the Macedonian minority in Bulgaria, but also banners for the current political developments in the negotiations, a large number of citizens welcomed the Bulgarian Prime Minister Kiril Petkov, Vice President Iliana Iotova, current Minister of Foreign Affairs Teodora Genchovska and former Minister Ekaterina Zaharieva.

For several days now, after the opening of the club was announced, the reactions of the public, as well as of several Macedonian associations, have not subsided, and the Union of Veterans from Bitola sent a public protest, stating that it thinks like the name given to the club, fascist ideology is rehabilitated and historical revisionism is promoted. However, for all the time while the topic is quite current in the public, Dr. Toni Konjanovski, the mayor of the Municipality of Bitola, where the Bulgarian club will operate, never once made a public announcement and did not express his position on the events. Media outlet Fokus contacted him by phone, and in the conversation he said that he was surprised why no media outlet asked for his opinion on the topic, because the club still opens in the municipality of which he is the mayor.