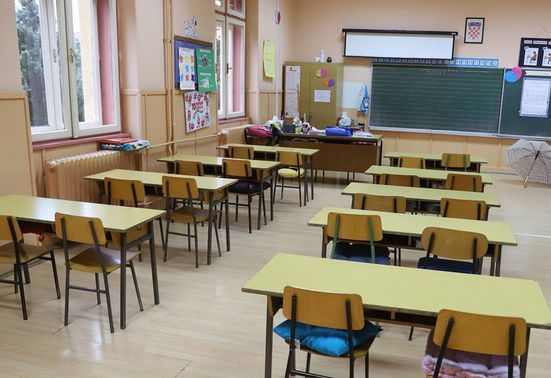 Teachers, caretakers and preschool staff that participate in the strike will not get paid, onlytheir contributions will be paid, informs the Government on Monday.

According to the Government, this provision is provided by the Law on Labor Relations and the Collective Agreement for Primary and Secondary Education, and for employees in kindergartens. According to the provision, the deadline for harmonization of the salary in education and kindergartens with the minimum wage is 6 months. The Independent Trade Union for Education, Science and Culture (SONK) went on strike before this harmonization deadline expired. The minimum wage was raised to 18,000 denars from March.

“This stems from the decision of SONK to organize and hold a general strike to promote the rights of workers, and in the period of six months from the adoption or increase of the minimum wage. The legal obligation for harmonization is six months from the adoption, i.e. the increase of the minimum wage and the Government, and the ministries and SONK are still negotiating within this legally prescribed deadline,” said the Government.