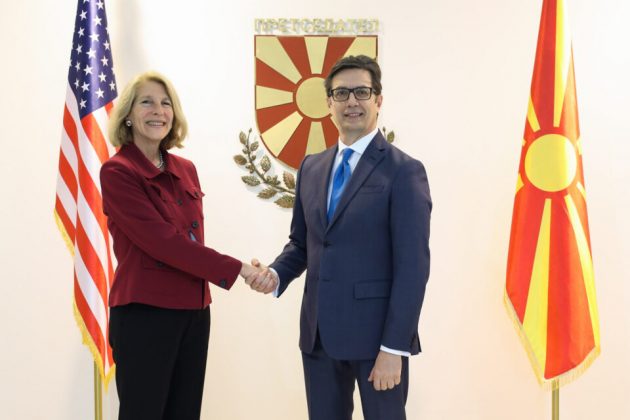 The visit of US Assistant Secretary of State for European and Eurasian Affairs Karen Donfried is a confirmation of the strong US support for regional stability and the importance of further consolidation of democratic processes in the region, said Macedonian President StevoPendarovski.

“North Macedonia remains committed to strengthening its strategic partnership with the United States and implementing reform processes aimed at the rule of law and the fight against organized crime and corruption,” Pendarovski wrote on Facebook after meeting with Donfried.

Donfried previously met with her host, Minister of Foreign Affairs BujarOsmani, and then had a meeting with Prime Minister DimitarKovachevski.