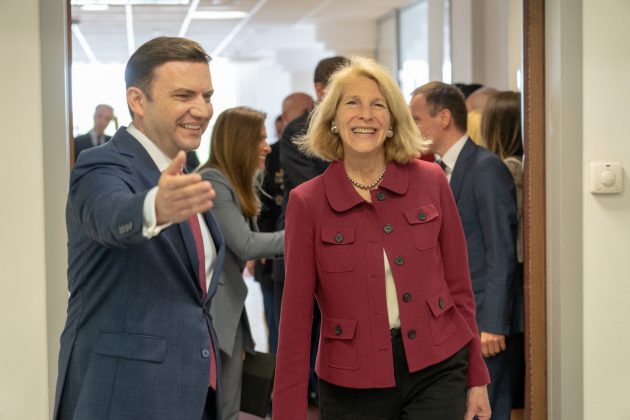 At the meeting, Minister Osmani expressed gratitude for the continued support of the United States for the realization of our strategic goals, emphasizing the important role of our American friends in achieving long-term stability, democratization and prosperity of the country and the region as a whole.

“Today we agreed to strengthen our strategic partnership through the upcoming Strategic Dialogue between North Macedonia and the United States, which will be held on June 2, in Washington. It is a special honor for us that North Macedonia will become the first country in the Western Balkans to open a strategic dialogue with the United States, through which our strategic partnership will be deepened and our bilateral cooperation will be framed more specifically,” Osmani said.

The interlocutors agreed that the war in Ukraine demonstrated a clear need for new dynamics in the European integration processes of the Western Balkan countries, which would confirm the credibility of the EU and encourage the processes of overcoming differences and reconciliation in the region.