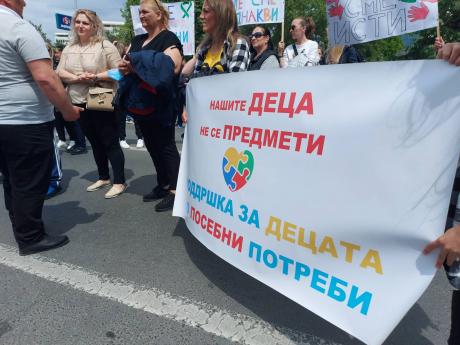 Parents of children with disabilities on Friday protested in front of the Parliament, because the MPs did not vote on the amendments to the Law on Child Protection a few days ago. They demand an increase in the special allowance, but also the one for other people’s care, which now amounts to 5,000 denars, and by law should have been increased to 100 percent.