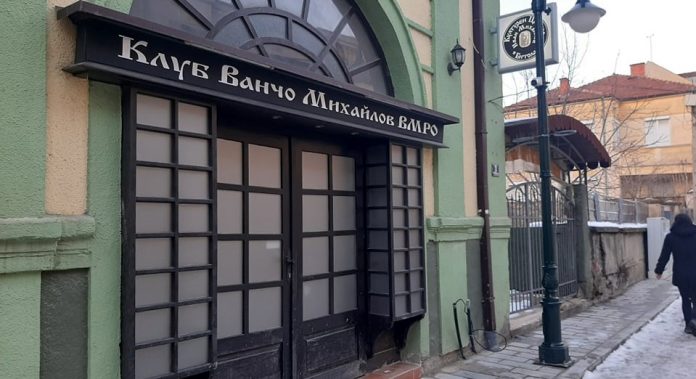 The political party Levica has filed criminal charges against the president of the Association “Ivan Mihajlov” – Bitola to the Basic Public Prosecutor’s Office – Bitola.

The defendant is charged with committing the criminal offenses “Exposing ridicule to the Macedonian people” and “Inciting hatred, discord or intolerance on national, racial, religious and other discriminatory grounds” because: first, in the capacity of a person – president of the association, thoughtfully in the premises used by the association in a clearly visible large format, he allowed a quote from Vancho (Ivan) Mihajlov to be highlighted, with offensive language that directly, intentionally and impermissibly, in order to provoke, deny and ridicule the Macedonian people. Through the discriminatory content on Facebook status, the defendant caused a burning feeling of hatred and intolerance, directly insulting and disparaging the Macedonian people and state, by setting continuous boundaries of the existence of the Macedonian people from 1945 onwards, and neglecting its existence before that.