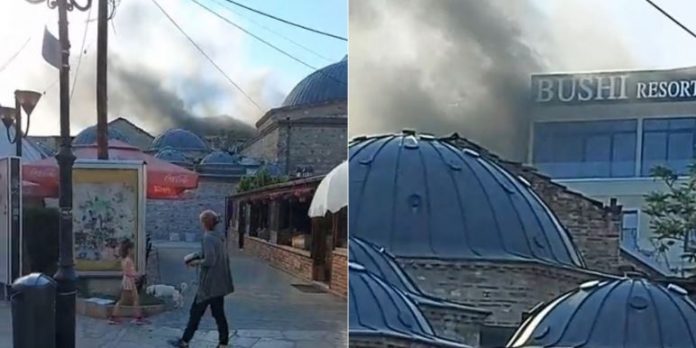 Seventy people were injured in the stampedes, dozens inhaled smoke, some people ended up in hospital, and three firefighters were injured in yesterday’s fire at the hotel “Bushi” in the Old Skopje Bazaar, reports TV Telma. Six of the people were taken to the Toxicology clinic, three in the city hospital “September 8”, and another 19 were provided with medical assistance on the spot.

According to the firefighter service, the fire broke out in several places in the hotel, and the reception and the kitchen were affected. Firefighters arrived on time to prevent it from spreading to nearby buildings.