Home Macedonia Registry Office employees to protest in front of the Ministry of Finance... 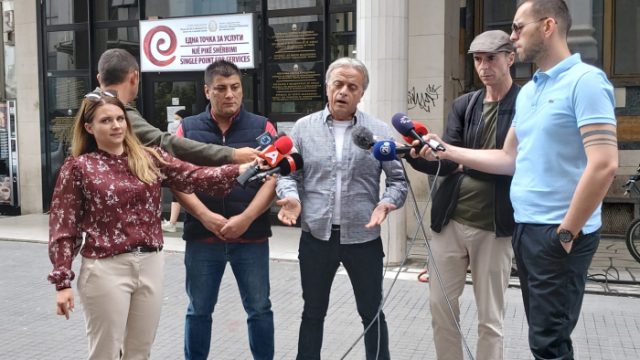 The Independent Trade Union of the Confederation of Trade Unions of the Registry of Trade Unions will protest in front of the Ministry of Finance on Wednesday after the deadline passed in which they expected an answer, whether there will be funds to realize their demands.

The union demands an answer from the Ministry of Finance, whether there are funds to meet the requirements, which were previously agreed with the Ministry of Justice, and relate to severance pay, payment of K-15 in the amount of 60 percent of the average salary. We have been asking for a meeting for a long time, but we do not have it and we will protest. If we do not have a meeting, we will radicalize the steps. I urge them to gather strength and sit at a joint table to find a solution to this problem of the employees,” said Marjan Risteski of the Confederation of Trade Unions.