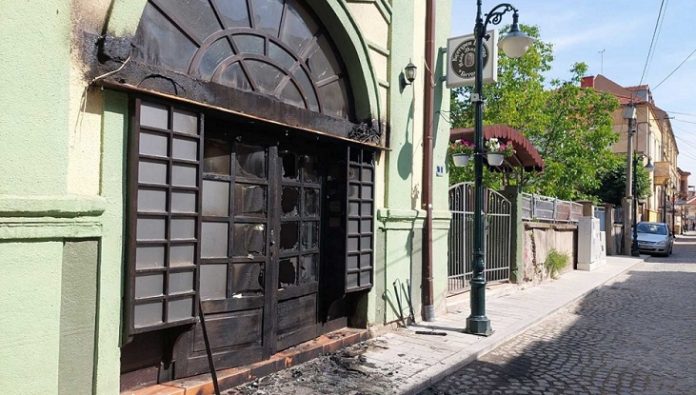 In the early morning hours on Saturday, the building of the Cultural Center” Ivan Mihailov “- Bitola was set on fire. We expect the institutions to fully shed light on the case as soon as possible and bring the perpetrators to justice,” the center announced on its Facebook page.

The club officially opened in mid-April and was attended by Bulgarian Prime Minister Kiril Petkov and a high-level state delegation.

On-duty public prosecutor from the Basic Public Prosecutor’s Office in Bitola, together with teams from the SIA Bitola, this morning inspected the burnt building – cultural center “Vancho Mihajlov”. The initial findings from the inspection indicate that the entrance part of the building was set on fire.