Home Macedonia Stoilkovski: We are facing an exodus of labor, 215,000 fewer workers due... 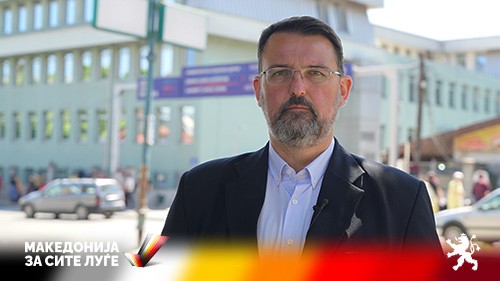 The Government has been silent for days, the state statistics is also silent, how is it possible for such an exodus of labor force with which Macedonia to lose 215,000 able-bodied people in two quarters, in less than half a year? In order to show the real picture that means 215 thousand lost, it is like walking on the highway from the entrance to Macedonia, at the border crossing Tabanovce, and all the way out of Macedonia, along the highway at the border crossing Bogorodica. And in almost all the municipalities you pass there is not a single resident, not a single person. Empty municipalities, empty cities! This is shown by the State Statistical Office. According to this mathematics, Kumanovo, Veles, Gradsko, Negotino, Demir Kapija, Gevgelija are all empty, said VMRO-DPMNE spokesperson Naum Stoilkovski at a press conference on Wednesday.

He added that 215,000 fewer people that represent the country’s workforce means death for the Macedonian economy.