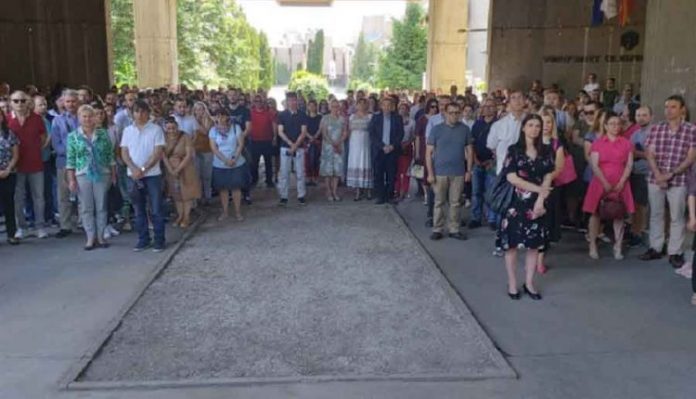 The UKIM trade union demands from the Government to hold a meeting as soon as possible, where they will discuss the increase of the employees’ salaries and the signing of a collective agreement.

“We hope that, as for other professions and activities in the country to which salaries were significantly and several times increased, the Government will show understanding and readiness to sign our collective agreement which will provide a decent salary for the UKIM employees. Otherwise, we will be forced to organize protests in front of the Government for the protection of the rights and the standard of the employees of UKIM,” says the head of the Trade Union of UKIM Professor Angel Ristov.