Home Macedonia “Talir” was filed illegally, the Supreme Court has a decision on that,... 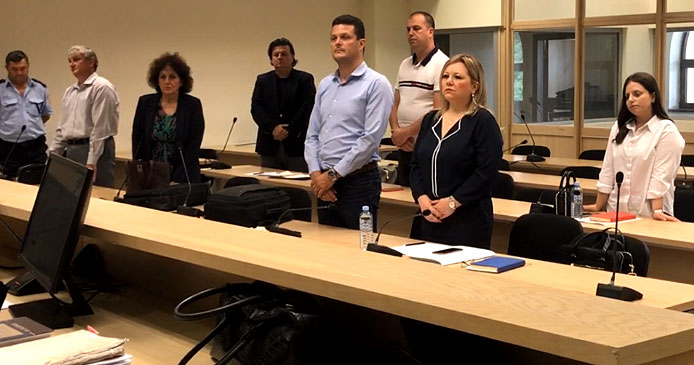 VMRO-DPMNE leader Hristijan Mickoski said that the “Talir” case was filed illegally with an expired deadline to conduct proceedings in general, but also that it was filed illegally by an unauthorized plaintiff – Katica Janeva who is now in prison for the “Racket” case and the Supreme Court has pronounced and ruled that they are illegal.

“The deadline for conducting any procedure for this case has expired. This criminal case must first be mentioned that it was filed illegally by an unauthorized plaintiff, outside the 18-month deadline, by the now convicted former racketeer Katica Janeva, i.e. the indictment was filed after 16 months of this deadline For such procedural actions, the Supreme Court has already taken a position that they are illegal and practically conducted by an unauthorized plaintiff,” Mickoski pointed out.

Mickoski adds that the “Talir” case is nothing but a political process and defocus of the government, and it can be seen that the verdict was written immediately after the closing remarks, for which there was no time to hear or read the transcripts.