Home Macedonia VMRO-DPMNE: If the sale of state and national interests was a match,... 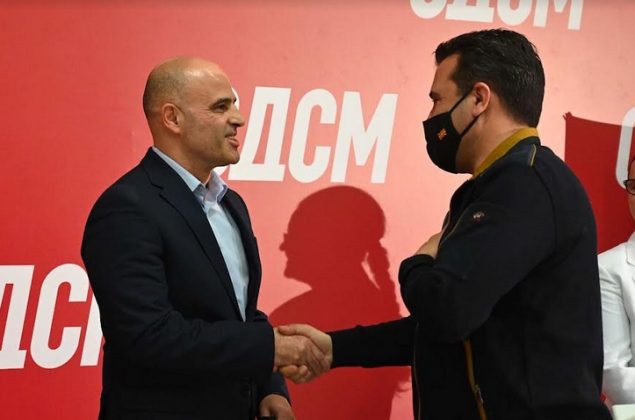 If the sale of state and national interests was a match, SDSM would be the undisputed champion. What Zaev started, Kovachevski perfected, said VMRO-DPMNE in a press release on Monday.

“Kovachevski as Prime Minister managed to humiliate Macedonia in front of the international public and to trample the dignity of the country and the Macedonian citizens.

The shame for Macedonia is funny only to SDSM and Kovachevski. Only they can rejoice when someone denies their state. Even worse, they are defending the denial of Macedonia, even instead of condemning it.

Only for SDSM and Kovachevski it is normal to call Macedonia Western Bulgaria, when that very Bulgaria sets a condition to accept that the identity, language and history until 1944 were Bulgarian, and Macedonia that it was an artificial creation,” added the largest opposition party.