Home Macedonia Four years since the signing of the Prespa Agreement 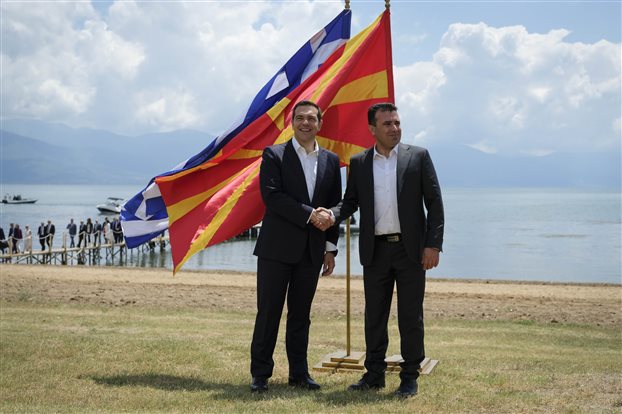 On June 17, 2018, Macedonia and Greece signed an interstate agreement, which ended the dispute between the two countries, which began immediately after the declaration of independence and sovereignty of our country.
The Prespa Agreement was signed on the shores of Lake Prespa, in the small Greek village of Psarades (Nivitsi) by the two countries’ foreign ministers, Nikola Dimitrov and Nikos Kozias, in the presence of then-prime ministers Zoran Zaev and Alexis Tsipras, mediator Matthew Nimetz. , former EU Enlargement Commissioner Johannes Hahn, former EU High Representative for Foreign Affairs and Security Policy Federica Mogherini and other senior international officials, as well as representatives of the two countries.
Eight months after its signing and ratification in both countries, the Prespa Agreement entered into force on 12 February 2019. According to the agreement, the Republic of Macedonia was renamed the Republic of North Macedonia, the citizenship became Macedonian/citizen of the Republic of North Macedonia, and the language stayed Macedonian.