Home Macedonia Mickoski: Macedonia gave a lot, and in return did not get a... 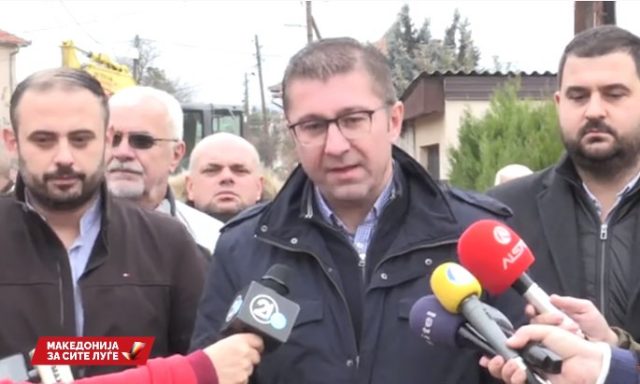 The leader of VMRO-DPMNE Hristijan Mickoski, at the mass protest which was attended by about 80,000 citizens, said that inflation is a consequence of crime and the inability of the government to deal with price shocks.
“Macedonia is currently a record holder in Europe in three things: the first is crime, the second, the country has the weakest economic growth in Europe, and the third country has the highest inflation rate. Maybe the crisis is imported, but the incompetence of the SDSM staff is authentic.
We are stuck in the waiting room for the EU and burdened with countless concessions, denials and humiliations. And I will be honest that for this, apart from the fact that the incompetent and criminal government is responsible, the responsibility it bears is due to the tactics of a part of the Union that must invest even more in fulfilling our European aspirations and all of it to go on the principles of respect and our appreciation.
This people and Macedonia gave a lot, and in return did not get a date”, pointed out Mickoski.