Home Macedonia As long as I’m the party leader, the Constitution for the Bulgarian... 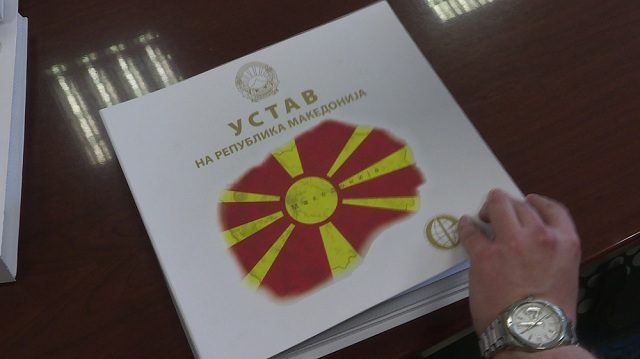 The leader of VMRO-DPMNE Hristijan Mickoski promised that while he is the leader of the opposition party there will be no change in the constitution so that the Bulgarian demands are part of it, at Saturday’s protest in front of the Government.
Earlier, the opposition leader urged Prime Minister Dimitar Kovachevski to reject a French proposal to unblock Macedonia’s European integration. According to the proposal, EU accession talks with Macedonia will not begin until the Bulgarians are included in the Macedonian constitution.