Home Macedonia The protest costs much less than the damage that SDSM and DUI... 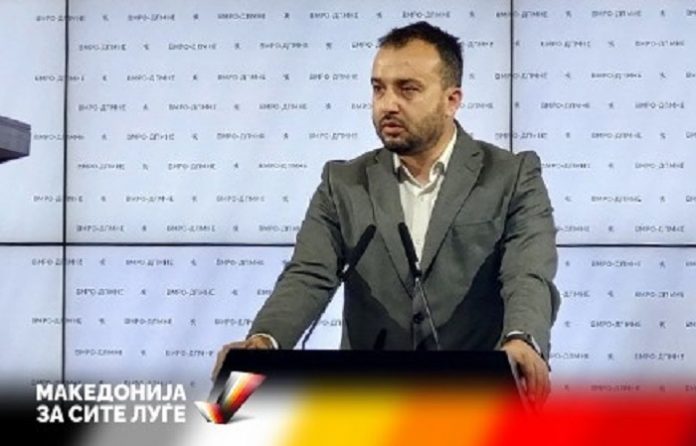 MP Mile Lefkov responded to the call from SDSM, that Saturday’s protest of VMRO-DPMNE, the party cost 300,000 euros.
Lefkov said the cost of the protest was incomparable to a day of stealing by Kovachevski’s government. Those two things are incomparable because they cannot be compared to just one day of criminal work of this government. That protest costs dramatically less than the golden forks used by Kovachevski in the government. It costs dramatically less than just a day of stealing in REK Bitola, it costs less than one announced and conducted tender for coal mining of the family and the ruling clan and because of which the people pay more expensive electricity every day. So, the protest costs much less than the damage that SDSM and DUI do to us every day, added Lefkov.