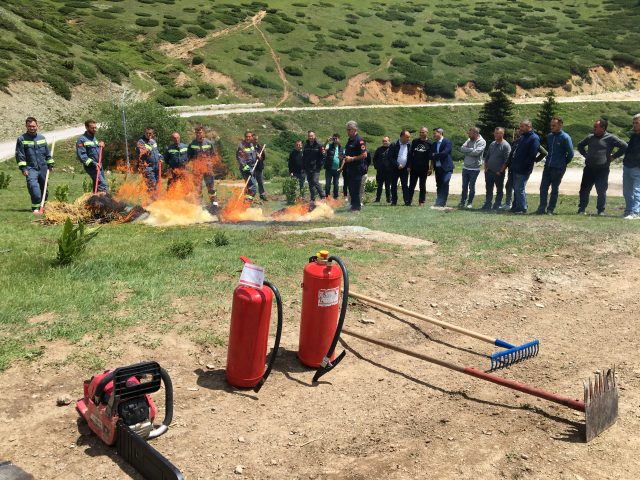 The training covered more than 30 volunteers from the civil association for promotion of fire protection measures “VOLUNTARY FIREFIGHTING” Tetovo, and was attended by participants from all seven municipalities in the new national park, said the MoEP.